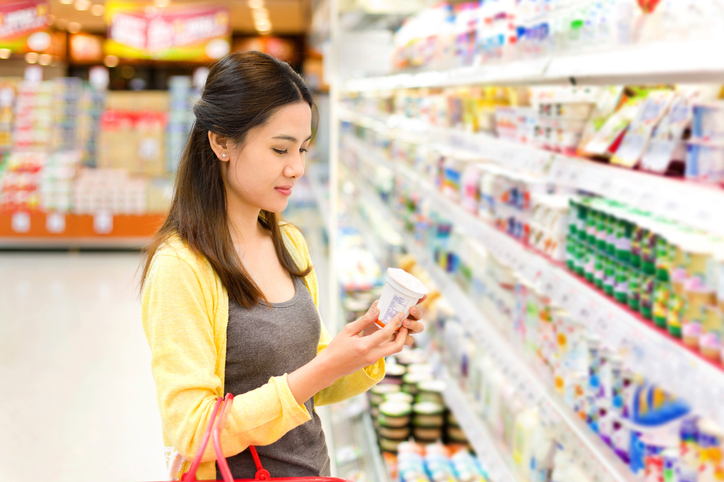 Irritable bowel syndrome (IBS) is a common intestinal disorder that produces distressing symptoms like abdominal pain, significant bloating, and altered bowel movements that can shuttle between diarrhea and constipation.

While changing what you eat won’t cure you, an evidence-based approach called the low-FODMAP diet is the most frequently prescribed food plan to help relieve IBS symptoms. Studies show it can reduce symptoms for the majority of patients. However, because of certain challenges and risks associated with the low-FODMAP diet, it’s worth talking to an expert before you try it.

The low-FODMAP diet addresses four types of fermentable carbohydrates: oligosaccharides, disaccharides, monosaccharides, and polyols (collectively referred to as FODMAPs). While the names sound somewhat abstract, the foods found within these groups are often too familiar to those with digestive woes.

Oligosaccharides are present in foods like wheat, beans, garlic, and onions, while the disaccharide lactose is prevalent in dairy products like ice cream and milk. Monosaccharides refer to foods with excess fructose, and are found in items like apples, mangos, and honey. The final group, sugar alcohols, are found in some artificially sweetened products like chewing gum, and are naturally present in foods like avocados and mushrooms.

Though the FODMAP carbohydrates can trigger digestive discomfort for anyone when consumed in large amounts, much smaller portions can worsen symptoms for those with IBS.

A multiphase approach to a low-FODMAP diet

The low-FODMAP diet is meant to be undertaken in three phases. In the first phase, all high-FODMAP foods are eliminated from the diet for an extended period of time, often four to six weeks. In phase two, you systematically reintroduce restricted foods, noting how well you tolerate increasing quantities of the foods you’re reintroducing. Phase three is the personalization phase, in which you only avoid foods in quantities that cause symptoms.

This multiphase process can be complex and confusing, and requires substantial food knowledge. For instance, most varieties of soymilk are high-FODMAP. Extra-firm tofu, on the other hand, while also made from soybeans, is low-FODMAP. Guidance from a dietitian can be helpful for navigating this diet, but insurance coverage and medical referrals can be barriers to scheduling an appointment. As a result, some patients simply receive a list of low- and high-FODMAP foods.

Risks associated with not reintroducing some high-FODMAP foods

While avoiding high-FODMAP foods can be difficult, adding the carbohydrate groups back systematically to test tolerance can be even more challenging. Some people become hesitant to reintroduce items, especially if they have experienced significant symptom relief during the elimination phase. This increases the potential for nutritional risks. For example, it’s common for people avoiding dairy to have inadequate calcium intake.

Other lesser-known nutrients, like magnesium, are also a concern. Some of the best dietary sources of magnesium come from beans and nuts like almonds and cashews, which are usually restricted during the initial phase of the diet. In addition, people with IBS may already be at increased risk of magnesium deficiency due to digestive symptoms like diarrhea.

There is also concern that long-term restriction of high-FODMAP foods changes the makeup of bacterial colonies in the gut, which may negatively impact intestinal health and possibly worsen digestive issues over time. Oligosaccharides, in particular, are an important energy source for beneficial bacteria. This is particularly worrisome for individuals with IBS, who have been shown to have lower levels of protective intestinal bacteria and higher levels of potentially harmful inflammatory microbes. Probiotics have been suggested to restore such bacterial imbalances, but this remains contentious, and the American Gastroenterological Association recently published guidelines that recommend their use in IBS only when participating in a research study.

Low-FODMAP is not for everyone

The low-FODMAP diet is not intended for individuals without IBS, nor is it appropriate for everyone with the condition. It should be avoided by anyone with an eating disorder, as it may worsen food fears and diet restrictions. This is particularly notable because those with gastrointestinal issues appear to have a higher prevalence of disordered eating compared to the general population. In addition, people with already restricted diets, such as vegans or those with food allergies, may be unable to meet their nutritional needs on the diet. Those who are already malnourished or underweight are poor candidates, as well. The diet is not as well researched for other gastrointestinal conditions, so it’s generally best to avoid the diet if you don’t have IBS, unless otherwise advised by a doctor or dietitian.

If the low-FODMAP diet is not a good option for you, simply cutting back on high-FODMAP foods in your diet, without entirely eliminating any food groups, may be an alternative. If your diet contains many common offenders like garlic, onions, beans, apples, milk, mushrooms, and wheat, a simple reduction may help decrease symptoms.

To find a list of registered dietitians who can help you to safely make changes, click here. Or contact a nutrition practice to ask if they have someone knowledgeable about the low-FODMAP diet.